LED stands for Light Emitting Diode and it’s a component you’ll already be familiar with from all sorts of everyday objects where they’ve been used for many years: they’re the numbers on your digital clock, the light on your remote control which transmits instructions to the TV and the power indicator lights on your appliances to name but a few.

In recent years, LED technology has advanced and LEDs are now increasingly being used to deliver an efficient and affordable lighting solution for everyday use. LED bulbs – more properly called luminaires – are assembled by clustering multiple LEDs together into various designs which we would recognise as replacements for standard bulbs, spotlights and various other lamps.

LEDs are a solid-state lighting (SSL) technology; they operate on a piece of solid matter, namely a semiconductor material. Electrons pass through that semiconductor to power the diodes and light is emitted in a process called electroluminescence. LEDs don’t need a filament like traditional light bulbs and they don’t rely on gases to generate light as fluorescent bulbs do. All of which means that they don’t burn out, they don’t lose most of their energy through heat, they don’t need to warm up and they have a lifespan which far outstrips the incandescent bulb and even its energy-saving CFL counterparts. 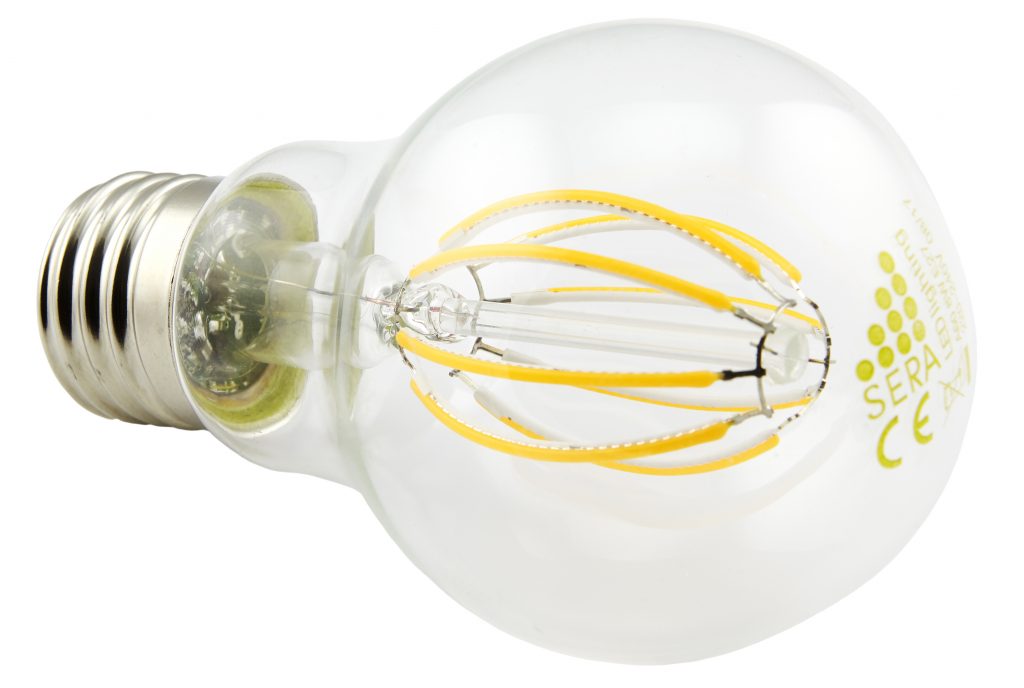 LED light, unlike incandescent and fluorescent lighting, does not radiate outwards in all directions, but emits a much narrower cone of light of just a few degrees. Clearly, this would not make for a satisfactory light source in the home or as any sort of task lighting, so it must be solved in the assembly of the bulbs. To achieve this, LEDs are put together in a set of angled facets. This gives them their distinctive appearance which is something like a cut jewel. The angles need to be just right – too narrow and they’ll appear as individual beams, too wide and the light will be reflected back into the semiconductor material rather than outwards. This perfectly angled surface is what creates the multi-directional light that is essential for use in our homes, offices and shops. Our LED AR111 bulbs are a great example of this.

There’s another notable difference between the way LED lights work compared to other lighting which is that they work from DC power. As our domestic electricity supply is of course AC, it must be converted. In order to do this, LED lighting is run via an electronic circuit known as an LED driver which transforms the mains power and enables the light source to function. This can be housed within the bulb itself, as is the case with most of our bulbs, or via a separate unit containing a transformer.

We hope you’ve found this article enlightening (pardon the pun). If there’s anything else you need to know about how LED lights work in a variety of settings from a warehouse to a factory or even an aircraft hangar, feel free to contact us.