WHAT IS A GRAPHENE LED BULB?

Independent rating based on 47 verified reviews

BUT WHAT IS GRAPHENE?

Graphene is a modified version of carbon, and while it has a history in physics since the middle of the 20th century, it was in 2004 that it was discovered and produced under lab conditions, by two Russian scientists at The University of Manchester, Andre Geim and Konstantin Novoselov, who went on to win the Nobel Prize in Physics.

Graphene has a number of applications in industry, particularly in electronics, energy storage, and photovoltaics. It is reported to be around 100 times stronger than steel by weight and is hugely efficient at conducting both heat and electricity. It is light, durable, and almost transparent. 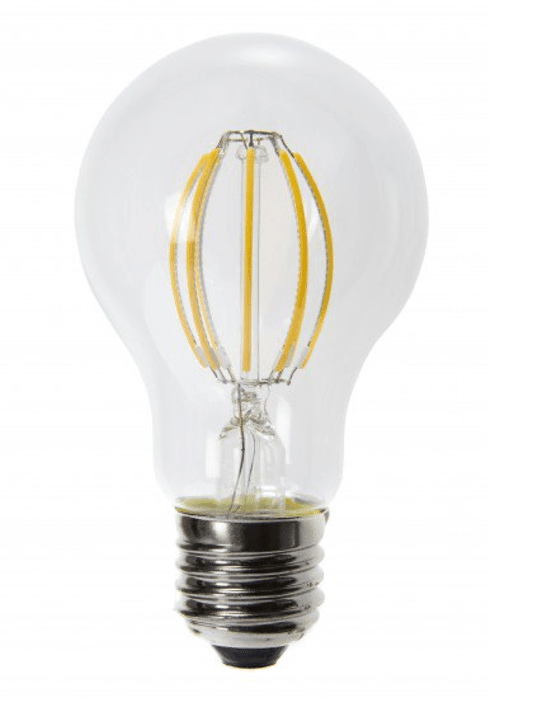 Adding graphene to an LED bulb helps to dissipate heat – this makes them much brighter, meaning a lower wattage bulb will have the same effect as a traditional LED bulb – effectively reducing energy use for the same result.

With LED, graphene helps to dissipate heat from the bulbs which make them brighter, meaning a lower wattage bulb will have the same effect – effectively reducing energy use for the same result.

While the developers are reluctant to confirm any of the claims, it is being reported that Graphene LED Bulbs will be more efficient, use less energy, and subsequently cost less money to run than their traditional counterparts.

You can shop online for our two graphene bulb options.

With the addition of graphene, LED lights are said to be able to last 10% longer. As LED lights already have longer life spans than similar fluorescent or incandescent light bulbs, this means that Graphene LED Bulbs will have super-long life spans, reducing not only the amount of money on purchasing light bulbs but the effort and time wasted in replacing them. On an industrial or commercial scale, Graphene LED Lighting could be wonderfully advantageous.

WHAT IS THE FUTURE OF LED GRAPHENE TECHNOLOGY?

The UK government is so keen to become a world leader in electronic technology that they have invested heavily – £38m to be precise – in the National Graphene Institute at The University of Manchester. This has been added to £32m from the European Regional Development Fund and could make Manchester and the UK a leader in graphene research and development.

What the future holds for graphene LED lights is hard to say, but anything which improves the already efficient nature of LED lights has to be a good thing. Take a look at our LED Lighting FAQs for more information. These lights are the latest technology in the evolving world of lighting and electronics, and one step further on the path towards cheaper, less damaging light bulbs.

Our Graphene LED Light Bulbs Are Now Available To Buy.

Our Graphene LED Lighting is now available to buy. If you need any help with choosing your bulb, don’t hesitate to pop us a message below on LiveChat or get in contact via email or phone.